Trial practice often involves anticipating the post-trial phase of a case, either after a verdict, entry of summary judgment, or even on an agreed statement of facts.  Our firm takes pride in anticipating whether the case will end up in an appellate forum and, if so, we plan for that possibility well in advance.  The principal of the firm has managed, briefed, and argued the following appellate cases.

Mr. Murphy was lead counsel in this landmark decision, DiCarlo v. Suffolk, recognizing the importance of protecting injured workers. In February 2016 the Supreme Judicial Court held that damages for pain and suffering recovered in a third-party tort case are immune from the reaches of the workers’ compensation lien statute.

The issue in Adams was the measure of damages in a claim under G.L. c. 242 § 7, a statute which provides that a “person who without license willfully cuts down … trees, timber, wood or underwood on the land of another…” is strictly liable to the land owner.

In Conte, as trial counsel the firm’s principal obtained a $3.5 million verdict against two defendants (at the time the largest plaintiff’s verdict in Montgomery County, Ohio).  The firm later settled with one of those defendants and the other appealed to the Sixth Circuit which affirmed the award and set the standard under Ohio’s settlement statute, in part because the pre-trial settlement offer from that defendant was a mere $3.00.

The firm obtained summary judgment in Zackular, a product liability case brought by an employee who broke her neck when using an inflatable obstacle course at an office outing.  After the defendant’s designee admitted a warning probably would have made the product safer, counsel moved for summary judgment relying on the “open and obvious” doctrine.  Plaintiff appealed and the Appeals Court affirmed the entry of summary judgment.

As defense counsel Mr. Murphy secured summary judgment in Byron, another case with a seven-figure exposure brought by a commercial tenant’s employee who had fallen down a poorly maintained flight of stairs in an old building and later died.  The Supreme Judicial Court affirmed the lower court and clarified an area of law which, until then, had been murky.  The Court held that property owners owe no duty to maintain space leased to commercial tenants.

Roberts was another high exposure defense case in which the firm obtained summary judgment in a case filed by a Flight Attendant who was held to be the “loaned servant” working for a “special employer” when she was severely injured when preparing for take off.  The First Circuit affirmed and recounted the history of the workers’ compensation exclusivity doctrine in Massachusetts. 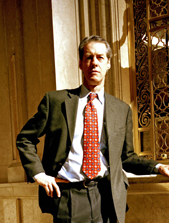 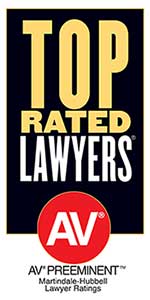